What Do You Need In Evidence After A Car Accident? 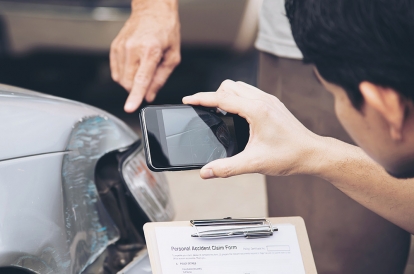 There is little doubt that after any kind of car accident in Missouri, people who are seeking financial compensation for their losses are going to need to be able to prove how the crash has affected them. Doing this usually requires various forms of evidence, and many people who have been involved in automobile accidents immediately struggle to think of what kinds of evidence they need to worry about procuring.

Evidence can obviously be critical following any St. Louis car accident, but people should know that hiring an experienced car accident attorney can usually help victims secure the important forms of evidence in their cases. You should not waste any time in seeking legal representation after a car accident in St. Louis because you only have a limited amount of time to take legal action and waiting too long could lead to a lawyer not having enough time to properly investigate your case.

When it comes to claims for compensation in Missouri car accident cases, people will generally need to submit proof to a court demonstrating how a car accident caused them personal losses. Evidence of losses can vary, but often includes:

As far as what people can do themselves following accidents, getting the names of any witnesses is far and away one of the most valuable contributions people can make to their cases. You should always look for people other than the parties involved who may have seen an accident and ask them for their contact information such as their name and phone number or email address.

Witnesses can be very important because they offer completely independent views of what occurred, which differs from the people involved who can have their views shaped by their perspective. Witness testimony is often given greater credibility and solidifies certain statements in some cases.

Pictures of property damage will also be very important, and a person’s own insurance company will often take pictures of wrecked vehicles. Vehicle damage photos can also help some courts determine fault in some cases.

The police report will often be the gold standard of proof in most cases because it is the official account of what happened from an independent law enforcement agency. Police reports contain information about accidents although they do not always determine the party that was at fault.

Once all of this evidence is collected and submitted to an insurance company, the insurer will make its own independent review to determine an appropriate settlement offer. You will always want to have a skilled personal injury lawyer negotiating your settlement because they are going to have far better skills at knowing how to arrive at an acceptable amount.

Call Us Today to Schedule a Free Consultation with a St. Louis Car Accident Attorney

If you suffered serious injuries or your loved one was killed in any kind of accident caused by the negligence of another party in the greater St. Louis area, make sure that you immediately seek legal counsel for assistance filing a personal injury claim. Bruntrager & Billings, P.C. can be your voice and will work tirelessly to ensure that you are able to recover as much as possible.

Our firm knows how frustrating and confusing personal injury claims can be for average people, so we help individuals file these claims and get what they actually deserve instead of settling for far less. You may call (314) 646-0066 or contact us online to take advantage of a free consultation with our St. Louis car accident attorney.